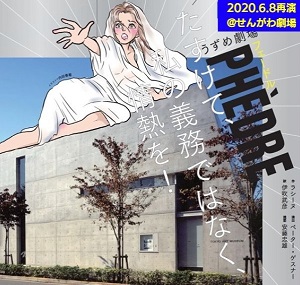 “Phèdre” was From 2018 to 2019, the long-run performanced at the Tokyo Art Museum in Sengawa, Chofu City.

The live viewing and live distribution at the theater scheduled for 6/1 was temporarily canceled because the theater became unavailable, and after the corona self-restraint was lifted on 6/8, the play was the first performance to reopen the Sengawa Theater. Was performed with admission restricted to 28 people. (Normally 120 seats)