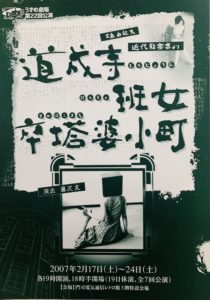 A performance with the depth special stage set up in a retro building that makes use of the curves of modernist architecture that forms the flow of the German Bauhaus in the former Communication Hall built in 1924. For each scene the stage’s depth gradually increases, the time and space was expressed uniquely .